The longing for the mountains are real. There is nothing that can call you from the  farther away than a mountain. They communicate telepathically with the souls they connect with. They were here long before the humans evolved-they have seen it all- from the frozen oceans to the melting glaziers, they know this world better than we do.

I met an Austrian couple once in a flight to Kathmandu who told me that there are trekking in Annapurna Base Camp for the next few weeks. They were excited and were rearing it go. This was there first Himalayan trek though they had hiked in the Swiss Alps before. During their last trip to the Alps, they felt that they must see and feel the Himalayas now. It was a magical experience for them- as if the Mountain from far east, from another continent were calling them loud telepathically to both of them. They both felt it at the same time, in their own words seemed like divine intervention.

Also in the series: 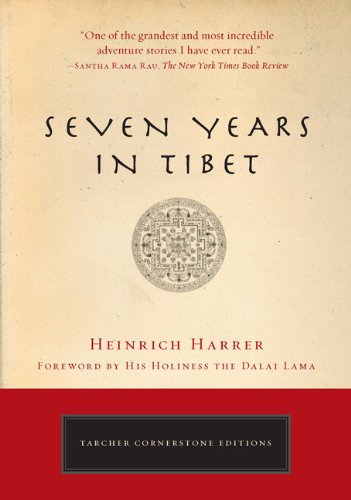 I understand this longing as I often feel that the mountains call me on and often. Sometimes a simple trip helps but other times, I take the shelter of the Himalayan books. Here are some of the recent books that I have read to cope with the longing of mountains :

This is a very beautiful and powerful book on personal tragedy and redemption by Stephen Alter. Stephen is born in India to his American missionary parents who lived in the hill town of Mussoorie in Northern India. He has managed to blend adventure and poetry to give us an account of the dreadful day when the robbers broke into his house and fatally injured both him and his wife. As most writers do, he overcame the stress of that day by not only writing about it, but also tried to search the sacred and divine in the mountains of Himalayas. After recovering from his injuries, he decided to scale the mountains to test and challenge both his physical and mental strength.

Along with these journeys to Nanda Devi, Bhutan, Nepal and Tibet, he also gave back stories on these trails- from its mystic past to the unheard legends from these mountain. Stephen Allen’s book is one of the most brilliant book on the mountains. I rated this book 5 out of 5 stars on the goodreads. I highly recommend this book to all mountain lovers.

2. To a Mountain in Tibet by Colin Thubron

Mount Kailash is the most mystical of all the mountains. Located in the Southern Tibet and North to Nepal, this mountain has religious and cultural influence to 4 religions and drives curiosity all over the world. Colin Trubron embarks one of the difficult journey to this mountain in Tibet via the unconventional route of the upper Nepal. Crossing over the Karnali river, he crosses through the most remote and unconnected part of the world. The maladies and the poverty that he witnesses in these part provoke his senses while the beauty of the region fuels his journey.

In the second half of the book, he spends about the state of Tibet after the Chinese cultural revolution. Tibet seemed like a country in long transition but still faith and culture is big part of way of their life. I rated, To a Mountain in Tibet, a 4 out of 5 stars in Goodreads.

Do let me know if there is any book on Mountains or Himalayas in general that has inspired you.

Peace and Love to everyone.