Since we all are part of our sinister little world of broadcasting , where some of our friends are happy to even share the color of poop of their adorable dog. We all post at the speed of thoughts, thoughts which are deceived by the glitters like hunger strikes and Ferguson’s endorsement.

Last week, WordPress informed me that it was my blog’s anniversary, which made me to go back to the blogs that I had posted and some drafts which were not completed. While going through the drafts, I was thankful that I didn’t post some of them.

So, here are some near Foot-in-the-Mouth moments I had. Or, as I say, thank god I didn’t post that:

1. A lengthy defense of David Moyes, even though everything was going wrong for him: 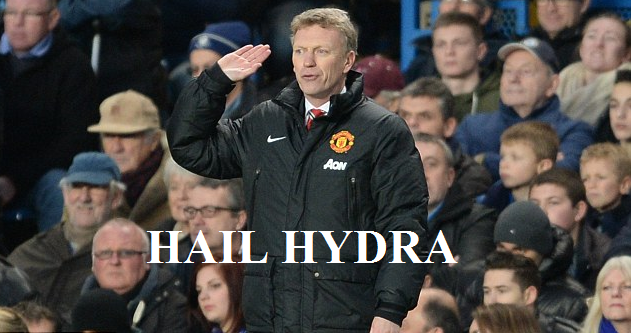 While everything was going wrong with him, when everyone were going against him, I still believed in him. I was annoyed by the United fans who were not backing their manager, David Moyes- aka Fergie’s Choice. As months passed by, I was still holding my patience and was going to write a very lengthy defense for Moyes, which thank god, i didn’t post that, because 2 weeks after that, he was sacked but with the optimism back in the United’s camp, I now think it was right to fire him.

2. Honey Singh will crash and Burn

Right now, Honey Singh has the world under his feet. Couple of years back, I had predicted that Honey Singh was clown of his own kind and will not stay around for much. There was also a canceled show in Gurgoan (of all the places) due to his sexist image, that backed my thinking. Roll the time now, Honey Singh is not only successful among the Mallviya Nagar/Model Town boys, but has also penetrated in India’s elite, women and children. His songs are not only played loudly in the North-India’s SUVs but also in wedding celebrations, discotheque and Indian parliament (Ok, not yet, but I won’t be surprise when it happens )

3. Wrote a movie review of 3 idiots

It seems, 3 idiots is one of the most loved movie of all time. I have seen people invoking 3 idiots in conversations in the same level of admiration of Sholey and Gunda. Within a week of movie’s release, it was evident that this movie was everyone’s favorite. However, this movie didn’t strike the cords with me. In fact, I was  disappointed by the movie. Not only the movie had bunch of 40 year olds as college going nerds, but also an exaggeration of genius quotient to exponential level. “Five Point Someone”, on which the movie was claimed to be based on, was a book about 3 friends, who were ordinary, 5 pointers, not the success stories we usually read about. But our film makers can not let the hero be mediocre or even relatable with Mango population of our country. Amair Khan plays messiah throughout the movie with neither any character flaw nor any academic flaw. Too bad that the script had no scope of showing his athletic and martial qualities.

Turns out where I found the movie very average, which I almost posted, I saved myself debating and defending my opinion to the Rancho fans and hence thank god I didn’t post it.