So Sony Pictures finally announced The Captain Planet movie (Actually its been a while, this post was on my draft since 14th July ). Thank you for the sensible decision. Unbelievable it was, that a show in 90s was capable of saying the  inconvenient truth (which made many people Famous) while we still thought that pagers were cool.

Here are other cartoons from our era which needs to be considered for the movie as well :

Jonny Quest was an intelligent and adventurous show based on Father-son duo. You can say that this show was cartoon equivalent of Indiana Jones. They have a great plot in hand and we can have a great movie in prospect. In 2009, there was a rumor that  Dwayne “the Rock” Johnson and Zac Efron were singed for the feature film on Jonny Quest, but since then there is no annoucement/ rumours or reports.

The show started in 1986, with only 60 episodes so far. Weapons, International Space stations, Aero-dynamics, Submarine technology for Human stealth and much more: It was too much mojo for the young kid inside me. It was my favorite show in the Cartoon Network’s Action Zone. If movies and concepts like Pacific Rim is successful, I am sure Centurions have enough content to satisfy Sci-fi geeks and children and grown-ups alike. 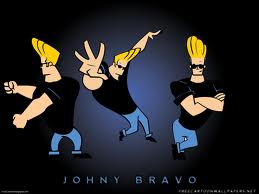 Ok, we are done with Super Heroes, Adventure and action, now its time for Humor. Johnny Bravo, a beef-cake, women chasing but innocent young man who is the center of this show. Elvis like hair, never to be removed Sun glasses and cheesy one liners made him animated Charlie Harper of Cartoon Network.

This was my request for movies. Do let me know if I have missed any !!