Biopics are one of the toughest  kinds of movie to make. The pressure of accuracy, the promise of drama, and handful of entertainment are very important ingredients of a Biopic. Though Mahatma Gandhi, Bhagat Singh (or even Silk Smitha) and others has been glorified in the few biopics made in India and aboard, I wonder why film-makers stay away from them. (However, Om Prakash Mehra’s Bhag Milka Bhag looks promising)

Here  is my list of Indian personalities who deserves a Biopic

Might be the most controversial figure in modern India, Sanjay Gandhi was son of former Indian Prime Minister. His life, controversies, mysteries, theories and the drama around his life would have made a nail biting movie. Story about his natural father, his changed name  (read The Mistery Called Sanjay Gandhi), his role in People’s car scam, his role in Emergency and his death ensures that his there is enough twist and turns.

Pt. Ravi Shankar lived an eventful life. Winner of Grammy awards, music director of All India Radio (1949-56), a performer in Woodstock, an inspiration for Norwegian Wood (This Bird Has Flown), a friend of silent beatle, father of Grammy winning daughters, Member of Rajya Shabha (upper house in Indian Parliament), Bharat Ratna (highest Civilian Honor in India  ): these are just list of some landmarks in his epic lifetime. His story needs to be told and retold so that his legends stays alive. He is responsible for making Indian classical music popular in western world and even the world’s most influential people couldn’t help but take notice of this musical maestro.

From upstaging Satyagraha in Gujarat to uniting India, Sardar VallaBhai Patel has done it all. Known as Ironman of India, he is one of the founding fathers of India and was leader in Indian National Congress. His Biopic can be like that of Lincoln, no flashback, no growing up story, just direct mean business. Like  Lincoln, he held the office at the troubled time and managed to get the results. His story needs to be told on a giant screen. 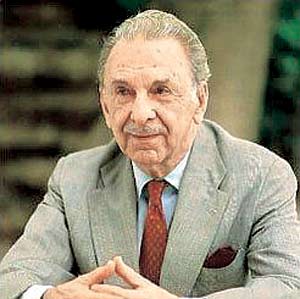 Born in Paris, served the french army, moved to India, became the first pilot of the country, started Tata Airlines, become the youngest Chairman of the Tata & Sons, opened the first Cancer Institute of India etc, etc. Honestly, one lifetime is not enough to achieve what JRD Tata has managed. His labor policies were the benchmark for India industries and his ethical standards were unmatched in the Licence Raj era.

I can never forget her interview after losing Semi Final in the London Olympics. While the whole nation was cheering at the first Women boxing medal , she wanted to apologize to the nation for losing the match.  The fact is she does not owe an apology to anyone. She is the 5 time world Boxing Champion , a mother of Twin, brand ambassador of her sport, founder of the boxing academy in the remote part of the country, she has already done so much. The rumor says that the biopic on her is already under project with Priyanka Chopra as lead. Let us hope its true.

The best movies on The

Leave a Reply to My Say Cancel reply